Howard Jones is probably best remembered for his videos and Top of The Pops appearnaces featuring chained up mime artist Jed Hoile. 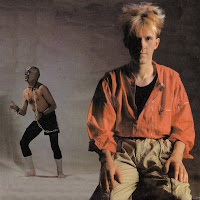 These days the sixty year old 80s synth pop survivor is still recording and performing, and appeared at Glasgow's Oran Mor for a show of "songs and stories."  A stripped back perfomance, he played songs from accross his career accompanied only by piano and interspersed these with related anectodes.

What is Love and No One Is To Blame suited this arrangement the best and lyrically and musically still stand out, and I enjoyed a new track from the forthcoming 80s inspired Fly (Eddie The Eagle) film soundtrack.  He voice sounds good and he managed ably with all the high notes his old songs seem to include.

Howard was relaxed and chatty, and happy to have a gentle laugh at himself.  He talked us through 1985 hit Life In One Day asking the audience the question "do the lyrics stand the test of time?"  (They do mostly, but it was agreed that "The future will take care of itself somehow" is not the best advice, and "gets the hereditary bone" is perhaps a little suspect)

We also chuckled as he sang a poorly translated Japanese version of Like To Get To Know You Well, singing "I want to force myself upon you well..." - a lyric he was advised would ruin his career in Japan. 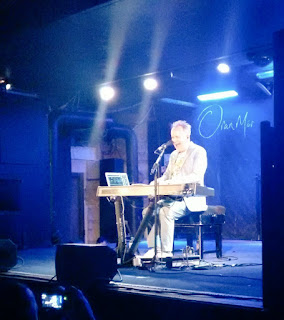 Perhaps never quite as big a showbiz celebrity as some of his contemporaries, Howard explained he wishes perhaps he had done Band Aid, but never felt part of that crowd and didn't push himself forward enough to participate, but was very happy to perform at Live Aid, and loved meeting David Bowie on the day.

He grumbled that The Guardian were never a fan of his, but recently they've emailed him to write a valentine's piece on What Is Love?  He wasn't sure what to do.  I'd like to read it, so I hope he doesn't follow the Glasgow crowd's loudest suggestion "Fuck 'em!"

A few covers also went down well especially Wonderful Life in tribute to Black's Colin Vearncombe, who recenlty died in a car crash.

I last saw Howard Jones in 2002 with a much more electronic performance, so this was a nice change and a good way to get to know the man a little.  I'd love to see him again with drum machine switched back on. 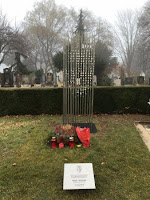